Bielefeld University was founded in 1969 with an explicit research assignment and a mission to provide high-quality research-oriented teaching. With more than 25,000 students, the University encompasses 14 faculties, covering a broad range of disciplines in the humanities, natural sciences, social sciences and technology. In addition, a medical faculty is being established – a decisive step for Bielefeld University on its way to becoming a ‘Volluniversität’ (full university) that offers a comprehensive range of disciplines.
Committed to its strong research focus, Bielefeld University ranks among the top quarter of universities in Germany and is internationally renowned. Its research profile stems from four strategic research areas which are connected by three cross-cutting topics. Here, top-class interdisciplinary research is carried out at the highest international level, in particular within the framework of targeted third-party funded projects. The strategic research areas focus on cutting-edge basic research. They offer valuable points of orientation for applications and questions arising from business and society, in accordance with the Bielefeld principle of ‘Transcending Boundaries’.

Bielefeld University maintains close network ties with civil society, business and politics. Research findings are disseminated to society in a variety of ways: Alongside scientific publications, this is achieved through cooperation with commercial enterprises, non-profit organisations and foundations, as well as through policy advice. In addition to that, spin-off companies are initiated in the University’s faculties. Within its research remit, the University engages in current debates on topics such as digitisation and Industry 4.0, prejudice and violence, migration or health care development. In this way, the University aims to participate in the further development of society.

As a university internationally regarded for its top-level research and innovative teaching concepts, Bielefeld University makes a significant contribution to a progressive and participatory knowledge society. It is an attractive, family-friendly place to work and study and is characterised by an open communication culture, lived interdisciplinarity, diversity and freedom for personal development.

Department for German as a Foreign and Second Language and Multilingualism

The Department for German as a Foreign and Second Language and Multilingualism is part of the Faculty for Linguistics and Literary Studies and has currently 38 faculty members. The main areas of research are foreign/second language acquisition, German as a Second Language provision for newly immigrated as well as for 2nd and 3rd generation learners of German, social, affective and cognitive variables of language learning, language and culture, and multilingualism.
The section for German as a Second and Other Language is responsible for the implementation and realisation of the Module German as a Second Language at Bielefeld University. It provides future teachers of all subjects with basic knowledge and skills of second language provision. Moreover, in the project “FörBi – Förderunterricht für Schülerinnen und Schüler nicht deutscher Herkunftssprache“, the section has more than 20 years’ experience in offering additional tutoring for pupils who are 1st, 2nd and 3rd generation Germans and need supplementary support for using German in one or more school subjects. 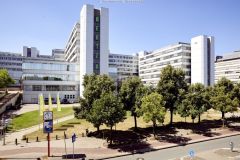 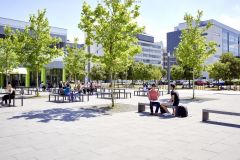 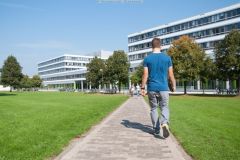 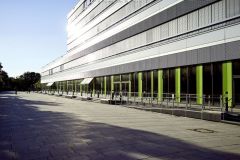 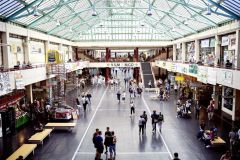 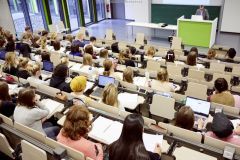 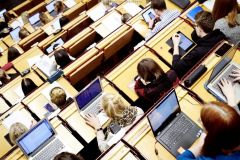 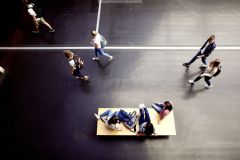 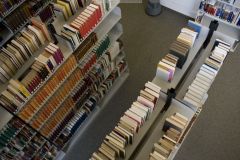 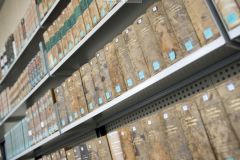 Dr. Sandra Ballweg is a lecturer for German as Foreign/Second Language and Multilingualism at Bielefeld University. She holds a PhD in Applied Linguistics from the University of Technology, Darmstadt. Her research interests focus on language acquisition, multilingualism, multiliteracies, teacher education and professionalisation, Family Language Policy and learner autonomy. From 2009 to 2014, she was director of the writing centre at the University of Technology Darmstadt. She has published widely on L2 writing, learner autonomy, teacher professionalisation, language acquisition and multilingualism.

Dr. Anne Wernicke – research assistant. Anne earned her bachelor’s degree in German as a Foreign/Second Language and English at the University of Bielefeld, Germany in 2009 and her master’s degree in 2012. After working as a language teacher, she returned to university in 2013 to join a project to develop a training programme to increase language sensitivity in vocational education. From 2015-2019 she worked as a lecturer in pre-service teacher education, preparing future teachers on how to facilitate the development of school literacy. Since 2020 Anne has been part of the collaborative project ComeIn, helping to build up an online platform for digital education tools to support pupils’ literacy development in German schools. Anne earned her PhD in 2020. Her further research interests concern multilingual practices and language ideologies as well as Critical Discourse Analysis and Positioning Theory in regards to SLA.

Prof. Dr. Claudia Riemer – Professor of German as a Foreign and Second Language at Bielefeld University since 2002. She graduated with a master’s degree (1991) and doctorate (1996) from Bielefeld University. She completed her post-doctoral studies/habilitation in Sprachlehrforschung (Applied Linguistics) at the University of Hamburg in 2002. Her research areas are second language acquisition research and applied linguistics with a focus on individual differences in second language acquisition, didactics of German as a foreign and second language and research methodology of empirical foreign language research. Claudia Riemer has led and is leading various externally funded research projects, including „remedial teaching for multilingual pupils”, „promotion of pre-school second language acquisition in kindergarten”, “Development of diagnostic and support competence for language-sensitive teaching at secondary level” as well as international research collaborations, including institute partnerships with the universities of Yaoundé/Cameroon and Antananarivo/Madagascar. Since 2019 she has also been a visiting professor at the Zhejiang International Studies University in Hangzhou/China.

Prof. Dr. Udo Ohm – Professor of German as a Second and Foreign Language. His research concerns socio-cultural theory of language acquisition, language development in the classroom as well as research-based learning in teacher training and continuing education. Udo Ohm graduated from the University of Kassel with the first and second state examination for teachers for Social Studies and Protestant Theology in 1989 and was awarded a PhD in English Linguistics in 1998. He completed his post-doctoral studies/habilitation in German as a foreign and second language at Friedrich Schiller University Jena in 2008. Udo Ohm leads several externally funded research projects on second language provision and teacher education.

Anika Zörner – research assistant. Anika graduated with a bachelor’s degree in German language and literature and Religious Studies from the Ruhr-Universität Bochum, Germany in 2009 and earned her master’s degree in German as a Foreign/Second Language at the University of Bielefeld, Germany in 2015. After working as research assistant in the project DaZKom (pre-service teachers’ competency in the field of German as a Second Language) at the University of Bielefeld and lecturer in pre-service teacher education at Bergische Universität Wuppertal she returned to the University of Bielefeld. Since 2016, Anika has been part of the project Biprofessional. The project is part of the ‘Qualitätsoffensive Lehrerbildung’, a joint initiative of the Federal Government and the Länder which aims to improve the quality of teacher training. Currently, she is working on her PhD on the topic of inquiry-based learning opportunities in teacher education in the field of German as a second language.